As most of you know, my husband and I want to adopt. As we have waited for our opportunity, we have felt a strong clear calling is to support and encourage families who go before us in adoption and foster care. Our wait has made us “students” of adoption and prayer warriors for adoptive families. There is so much we did not know before we began this journey – and as our eyes have opened, our prayer life has increased.

One of our previous misconceptions was that the adoption struggle and the adoption story was the process to get a child home. We now know there are two main struggles of adoption, and the initial struggle to get a child home is only part of the story. The first struggle includes the sometimes nightmarish bureaucracy that has to be painstakingly navigated, the many thousands of dollars that must be raised, the process of educating and developing a support system to surround your family in the process, the uncertainty inherent to such an emotionally charged decision, the potential for great pain and even disruption of the adoption, and the logistics of travel or legal processes. This struggle can be simply annoying, or it can absolutely break the hearts of the adoptive family. We have seen families survive difficulties and hurts in this struggle that are the worst-case scenario. We’ve watched God redeem and restore even the most broken.

The second struggle is the process of healing and adapting to the new normal within the family once the children come home. This is not talked about very much outside of the adoption community, because frankly it doesn’t often feel “safe” for an adoptive family to share that there are challenges after the new children get home. The common misconception is that once the child gets home into a safe loving home, the work is done. But it is just beginning. These children from hard places are hurt, often deeply. Even if they are adopted at birth, they may have had prenatal exposure that will impact their ability to connect. Trust needs to be established, boundaries established and enforced in love without the child overreacting, and the people in the home need to connect as a family. None of this is simple. Just like we don’t /poof!/ become completely angelic creatures without sin at salvation, but instead we work out our salvation “in fear and trembling” as we gradually grow more like Christ, so a child doesn’t always trust completely and meld perfectly into the family God has chosen for him instantly at adoption. The work of connection after a child comes home is hard for many of our adoptive families. Occasionally it feels “impossible” – to quote a dear friend who has endured the worst. And they don’t feel free to share that struggle because when they do, they are often faced with people who say “I told you so” or who judge the way the family is handling the adjustment or who judge the child as “broken.” Very few people can be trusted to know the deep struggles that come along with adoption, and not judge or criticize. This creates a situation where the family can be isolated, and we all know that the enemy of our souls works in isolation. So this struggle is often longer and more painful than the first struggle, although there are few articles about it on the internet and few discussions about it over the dinner table. But this struggle remains, and this is a major prayer need of an adoptive family.

We have also seen God work huge miracles in this struggle. We have seen Him make all things new, although that journey can be tough. I recently heard someone say that when God calls families to “visit orphans in their distress” (James 1) it is more often us entering into their pain and distress with them and walking with them to healing, rather than plucking them up out of pain and bringing them into our world of wholeness. It is painful for us and them, but God is faithful.

During these years we have waited, we have intentionally reached out to adoptive families on Facebook and in person to get to know them, to let them know it is safe to be honest with us, and to come alongside them in prayer. It has stretched our faith to walk through the valleys of these two struggles with these families (as much as we are able). But as we have done so – there is a really interesting phenomenon we have noted.

One of the things I have noticed as we’ve watched and prayed, is that time and time again, my friends in the adoption world seem to have simultaneous victories and struggles. It is like this fabric across the world is attached to every adoption. And when God breaks through a struggle and works a miracle on someone’s behalf, there is a ripple that goes across the world, and there is a consequence of that breakthrough in many families. It happened again this week. A precious friend’s adoption of a little girl from Haiti finally passed through a certain government office where their adoption had been stalled for months. It was a great victory, and we rejoiced. But on that day, several completely disconnected adoptive families shared with me through different avenues that they had experienced a really difficult day with the healing of their newly adopted child. It was like the fabric was shaken, and it affected everyone. This concept sounds crazy, I know, until you look at the verse from Ephesians 6. If all of these adoptive struggles were separate and not related, then they should not impact each other. But if we are all fighting one enemy, set against adoption, against the lonely finding families, opposed to the healing and connection of a child, then it isn’t so crazy after all. 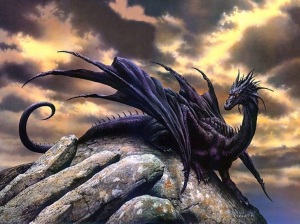 Not to overdo the imagery, but since I am visual I have also seen this like a dragon who experiences the swipe of a claw against his face. It hurts him, and He swings around in rage, lashing out with his tail at anything surrounding him. He was wounded, so he wounds. That is how I have seen the adoption community this week. It seems connected. God is moving (praise Him) but our enemy is reacting and his goal is to wound. We need to be praying. In a spiritual battle, against an enemy we cannot see but can feel his effects, prayer is our weapon. We know that the Lord has the victory, and we know that He is more powerful, but we also know that for a time, the enemy has some level of authority on the earth. Revelations 12:12 says “Woe to you, O earth and sea, for the devil has come down to you in great wrath, because he knows that his time is short!” I believe that the wrath and fury of the enemy is focused many places, but certainly adoptive families are included in that list. I don’t believe those families are without hope (thank you Jesus), but I also believe that we who are not in an adoption process have a responsibility to battle these forces of evil with adoptive families in prayer throughout both of the struggles of adoption, the initial struggle to bring a child home and the secondary struggle to get a child healed and connected. We who stand around these adoptive families must fight our human instinct to criticize and correct, and instead act on our spiritual responsibility to humbly enter into community, acting with compassion and grace, praying as we go.

I count myself humbled, and honored, to get to stand with you families fighting these battles. This week has felt heavy and my prayer has felt especially necessary this week, and my heart cries out on your behalf. I am grateful for each of you. My faith grows because of your sacrifice and your faithful obedience to the call of our Father.

Jesus be near, give grace, be mighty to save, fight for these beloved children, give encouragement and peace to adoptive families. We stand in simple faith and tell you that we trust you, we are grateful for the victory you promise, and we give you the glory.